In the 30's of the twentieth century guitars had to be louder. Before the first electric guitar was invented, people tried several things to do that.

They tried bigger bodies and John Dopyera, who was a guitar builder in Los Angeles, made his guitars louder by using metal resonators. It is the Resonator guitar.

You can still buy this guitars today!  Mark Knopfler used it for its specific sound. A beautiful picture of it you can find on the album Brothers In Arms.

This guitars were louder, but still not loud enough.

After the electric amplifier and speakers were invented it was the use of an electromagnet what seems to be the best way to make a guitar louder. The first electric guitar made in serie production was the Frying Pan. 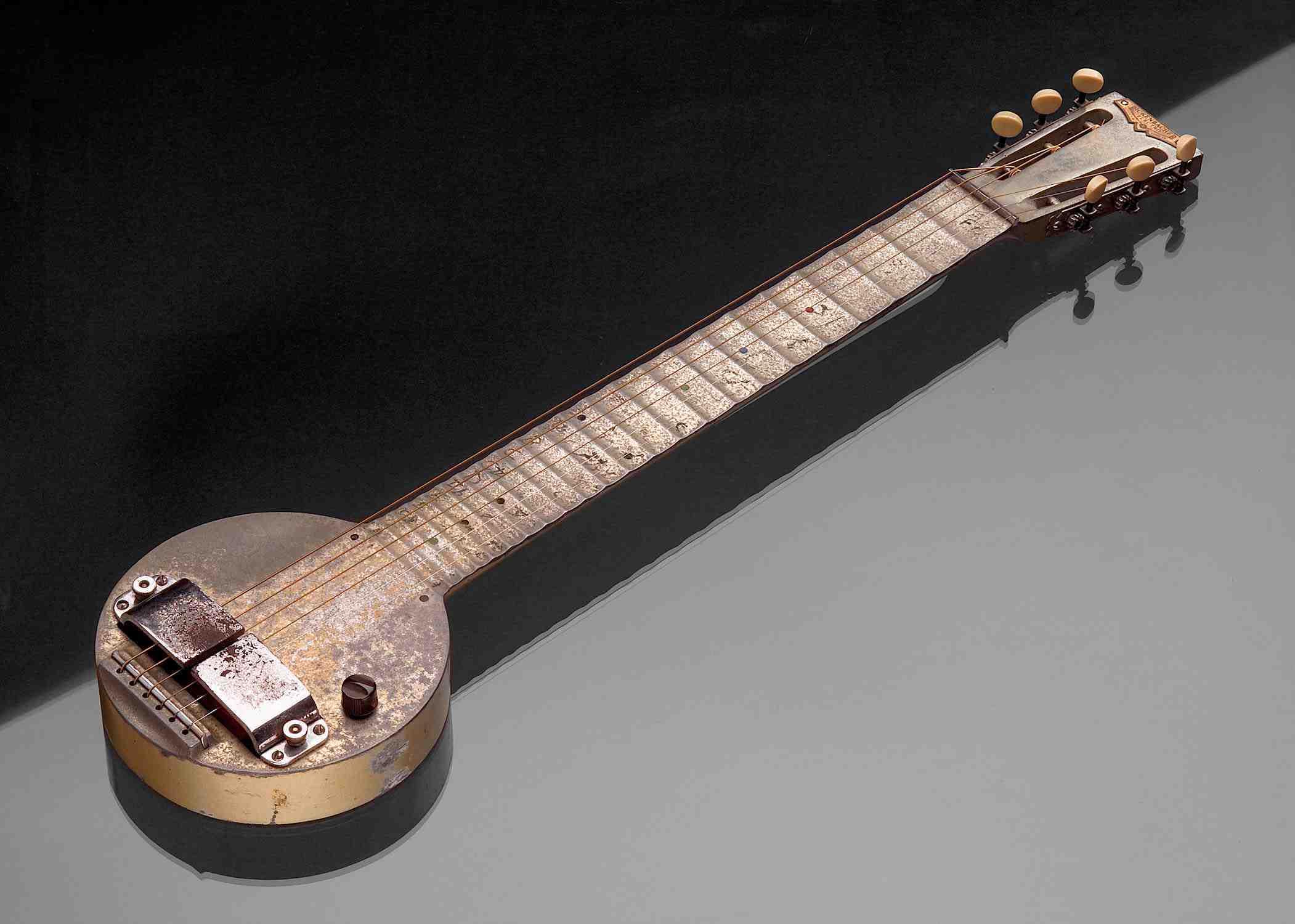 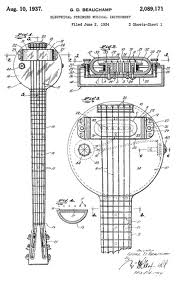 The Frying Pan is a Hawaiian guitar with a solid body. It appears in 1932 from a firm named Ro-Pat-In (Electro Patent Instruments). One of the financiers was Adolph Rickenbacker who's name is very well known in guitar world for the Rickenbacker Guitars. The other owners of Ro-Pat-In are Paul Barth and George Beauchamp.

In the second world war there wasn't much production of electric guitars. Most factories were delivering supplies to the army. But after the war the guitar industrie starts to blossom.